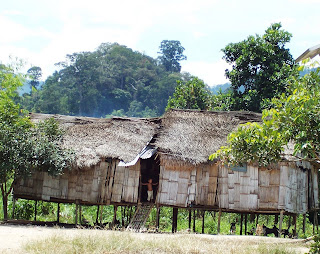 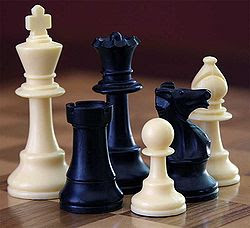 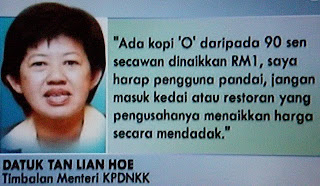 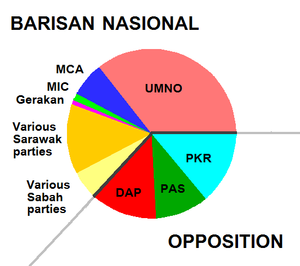 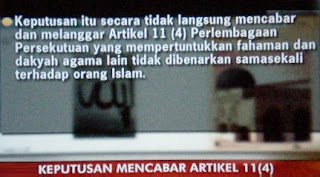 By Khalid Samad
editor@thenutgraph.com
EVEN though the Home Ministry recently approved the publication permit for the Herald – the Catholic Weekly, only publication in English, Tamil, and Chinese is allowed. Publication of the weekly's Malay language version has been held back, pending a court decision on the use of the word "Allah".
While my Christian friends applaud the decision to renew the permit, they are understandably upset over the prohibition to publish the weekly in Malay. This, they say, is due to the fact that the majority of Christian Malaysians are in Sabah and Sarawak, and Malay is their first language. The prohibition to publish the weekly in Malay is thus seen as a serious affront on their freedom of religion.
I personally find the position taken by the Home Ministry untenable and see no reason why the Malay language version of the Herald should be put on hold.
I believe all these problems are the result of the ignorance and confusion of Muslims in Malaysia about their own religion. Having lived under the leadership of Umno/Barisan Nasional and its brand of Islam, who can blame them? This misunderstanding is turned into policies that, although well intended — i.e. "for the sake of Islam" — portray a negative image of the religion.
This is akin to the prohibition on women to learn to read and write in the old days, for fear that they would write love letters to men. These women were kept uneducated and ignorant. Islam, on the other hand, demands of its followers, men and women alike, to strive in the pursuit of knowledge.
Addressing misunderstandings
The first misunderstanding is in the false equivalency that "Malay is Islam" and "Islam is Malay", which makes Malay the language of Muslims. Newsletters in Malay for religions other than Islam is a form of a culture shock for many Muslim Malaysians, who, of course, forget that if any language has a right to claim such a position, it would be Arabic. Yet we find Christian Arabs comfortably delivering sermons in church in Arabic throughout the Arab world. They even use the word "Allah" with no objections from the Muslims there because, as every Arab knows, the word "Allah" means "God".
The second misconception is that once other religions are presented in the Malay language and the word "Allah" is used for God, Muslims would become confused and susceptible to changing their religion. Although I agree that many Muslims are neither practising nor understanding Islam as well as they should, this weakness cannot be addressed by taking steps that imply an intrinsic weakness within Islam. This only suggests that Islam is unable to hold its ground and argues its case to prove that it is the religion from God, revealed through the prophet Muhammad. The problem has to be addressed by ensuring that Muslims are better educated about their own religion.
The negative and defeatist attitude upon which these "policies" are based will lead to restrictive laws for non-Muslims, curbing their activities for fear of Muslims being influenced and converted. Unfortunately, this would then lead to an impression of Islam being restrictive and oppressive, creating a very negative impression of Islam among non-Muslims. The cost would then be the loss of potentially strong and devout Muslims from among the currently non-Muslim population who genuinely care about religion, truth and God. The Muslim community loses them for the sake of ensuring that weak, uncaring, and peripheral Muslims stay Muslim.
I have always been of the opinion that Muslims must project the beauty and strength of Islam, its emphasis on justice and truth, and its respect for the rights of all communities. Through this, many will come to Islam's fold. Unfortunately, there are those who do not share this confidence in the ability of Islam, on its own merit, to win over hearts. They become defensive and apologetic. By doing so, they do great injustice to Islam.
I appeal to the Home Minister to reconsider his decision.
Khalid Samad
PAS MP for Shah Alam
Posted by Tok Pambu at 10:07 AM No comments: Links to this post 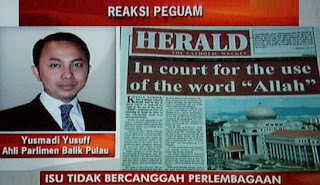